Cookies help us deliver our services. By using our services, you agree to our use of cookies.
OK
Learn more
Learn more about cookies
OK
MORZINE – AN ABSOLUTELY AUTHENTIC VILLAGE
From the summit of Chamossière you can make out Lake Geneva to the north, Mont Blanc to the south, and the Swiss border just a short distance away - a quick glance around and straight away you can situate Morzine, a little town tucked away in the Alps, nestling between the mountains and forests. Here you will find the pleasant leisurely lifestyle and authentic charm of a village which has retained all its typical Savoyard character.
Ideally located in the heart of the Portes du Soleil ski area, Morzine offers a wonderful playground of 650km of ski slopes in the winter. In the summer they become waymarked trails for hiking and mountain biking. The immense unspoilt open spaces around beckon you to get away from it all and explore them as you wish.
Whether for a few days or a long holiday, Morzine attracts people who wish to gently while away the time as well as those looking for sporting thrills, all seeking to recharge their batteries with their family or friends and experience genuine, simple pleasures.
ONCE UPON A TIME... IN MORZINE-AVORIAZ

The early days of tourism with the building of the "Grand Hôtel”
It is sometimes quietly said that tourism in Morzine is all ultimately down to the kindly determination of a few well-placed civil servants stationed in Geneva who succumbed to the charms of the little town huddling in the Alps Valley and its landscape of gentle alpine pastures blending in with abrupt mountainsides.


It was the building of the “Grand Hôtel” in the 1920s, the first tourist hotel, and its owner François Baud, that opened up a new era in the life of the village. The influx of summer holidaymakers was a breath of fresh air for the inhabitants who lived modestly from farming and slate mining, an industry which was already in decline.
1934: inauguration of the Le Pléney cable car
The tourists were becoming ever more intrepid and were gradually won over by the charms of winter. The thick snow cover made it possible to indulge in winter games and sports procuring completely new sensations – tobogganing, skijoring, the beginnings of downhill skiing and even ski jumping.
In 1934, Morzine opened the Le Pléney cable car with great pomp and ceremony, and at first it was only used for walking and enjoying the views over the Alps, with skiing being confined to the reassuring meadows in the Valley.
1960: Avoriaz was created
Winter sports kept on growing, and the inhabitants of Morzine decided to try to set up a high altitude ski area, having already built ski lifts on the Le Pléney, Nyon, and Chamossière peaks.
In 1960 Jeau Vuarnet took over the running of the resort with the goal of turning Avoriaz into a large-scale destination. The building of this "little Savoyard Colorado” with its mimetic architecture, alongside close cooperation with Champéry and Les Crosets resulted in the creation of the Portes du Soleil, and gave Morzine-Avoriaz its dual identity combining tradition and modernity. 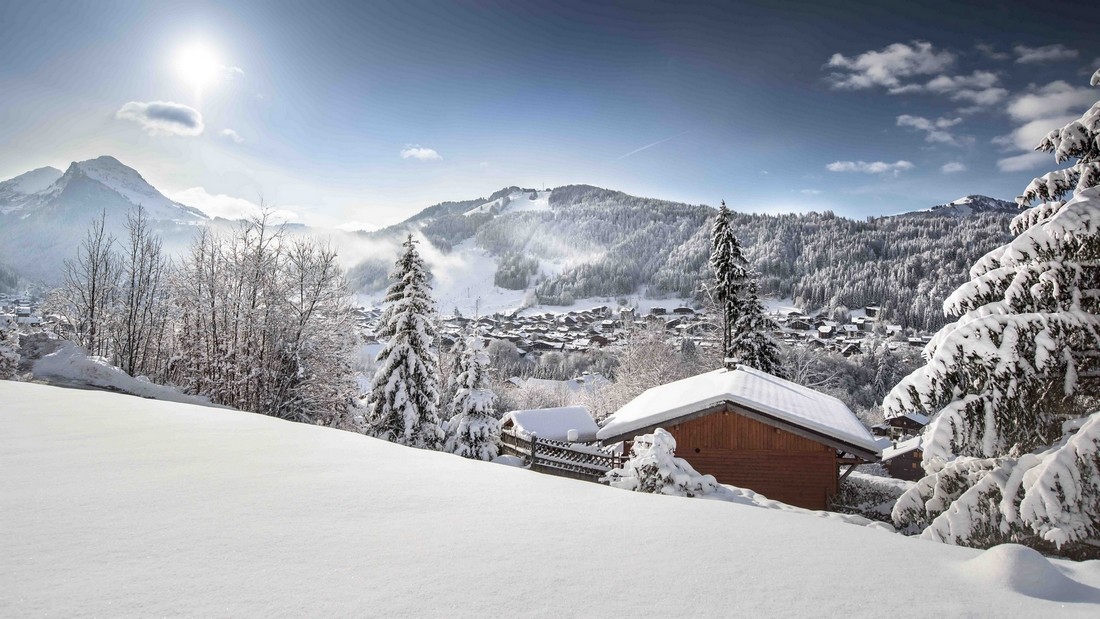 Morzine today
Morzine has successfully drawn on its fine past and continues with its tradition of warm hospitality and carefully managed development. The resort today has retained the appearance of villages of days gone by, with its wooden facades, sculpted balconies, and roofs covered in Morzine state. But its facilities and services are in line with the high standards of present-day tourism.
At www.resa-morzine.com, you can:
Accomodation