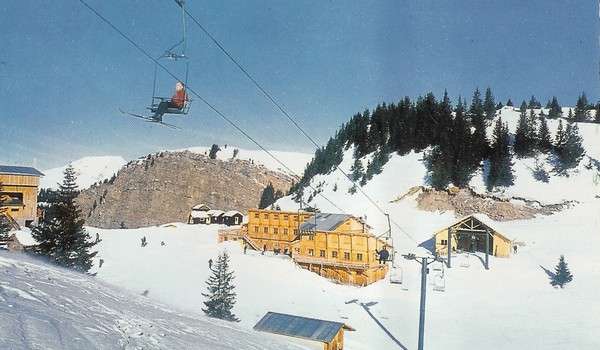 The name « Avoriaz » comes from “Evorée”. Before it became an internationally renowned ski resort, Avoriaz was simply part of Morzine’s pastures.
Originally, the idea to create the resort came from “Morzinois” Jean Vuarnet (Olympic champion in Squaw Valley).
The project was started in the 60s and the resort opened in 1966. It was, and still is, a place where skiing comes first with no cars allowed, and where original buildings emerge from the ground to create the village.
Avoriaz’s ski area is directly accessible from Morzine via the Prodains gondola, and as its third area, increases Morzine’s tourism capacity (in addition to Pleney & Nyon).
Source: Histoire et Patrimoine Association, Morzine
Heritage Tour every Thursday at 10am during high season