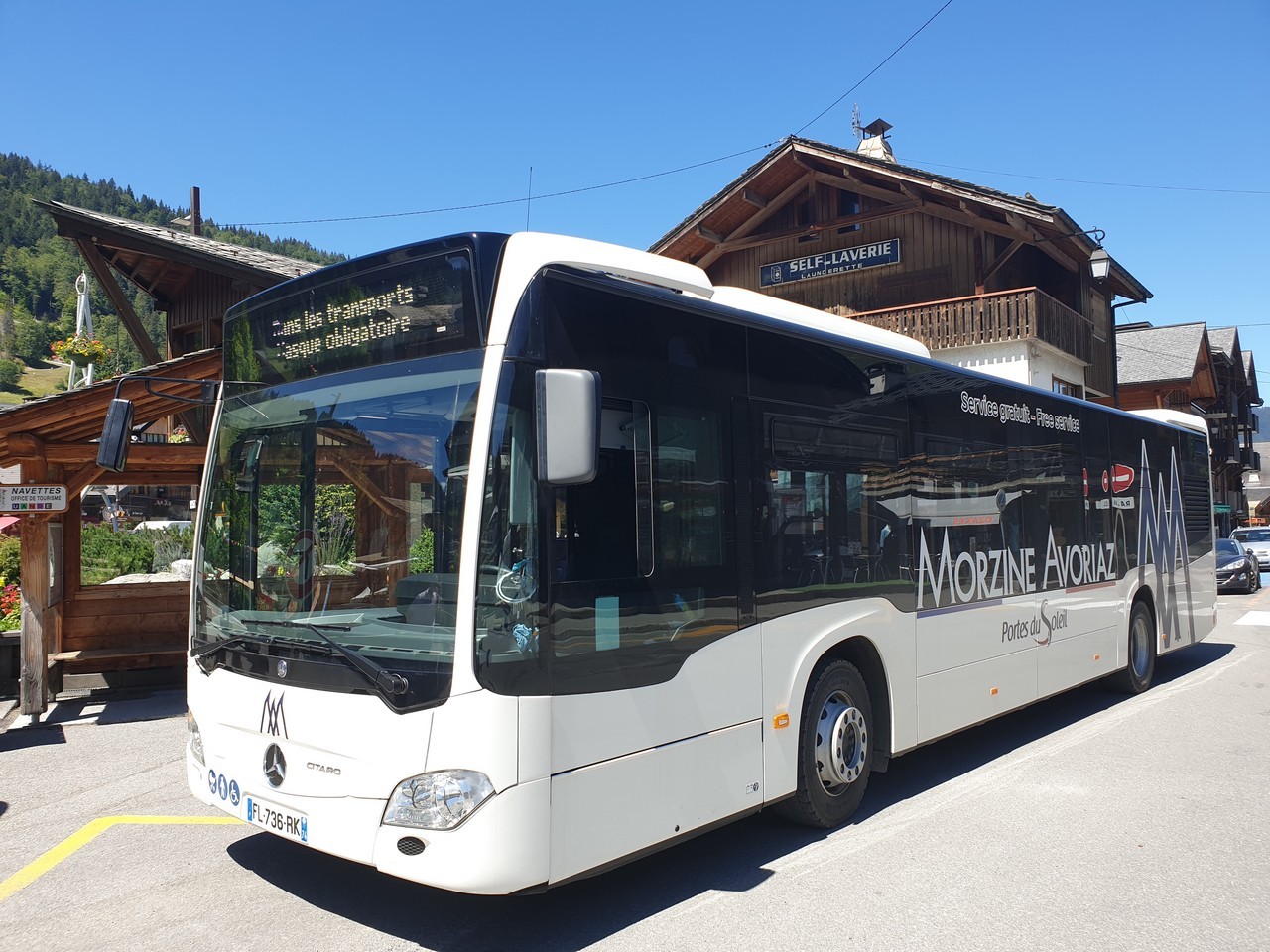 The shuttles are free within Morzine and serve around the town, with several lines in service during the summer and winter seasons. Each of them passes through the centre of Morzine or the Town Hall and serves a particular sector.

In addition, the Balad'Aulps Bus line provides transport to all the surrounding villages (Les Gets, Essert-Romand, Montriond, Saint Jean d'Aulps, Le Biot, Seytroux, la Baume and la Vernaz). There are 3 stops in Morzine: at the Passerelle roundabout, at the School and at the Town Hall. The price of a ticket for this line is 1,5 €.

SHUTTLES IN MORZINE IN WINTER

- The UA line leaves from Le Pléney, passes through the Pied de la Plagne area and the Tourist Office before reaching Les Prodains. This line allows you to take the Prodains cable car to Avoriaz. Please note that although the shuttle is free, you will need to buy a ticket to take the cable car.
- The UD line goes through the centre of the village to the roundabout at the foot of La Plagne, back to the centre of the village, down the Rue du Bourg to the Mas, then to the Pont des Meuniers, up to the Mas Metout, back down and back to the centre of the village.
- The E line, with its starting point in Pleney, goes around the village centre before going to the Mines d'Or lake.
- The M line allows you to go directly to the Montriond lake from the Mairie.
- The little train is also at your disposal. This one makes a loop in the centre of the village. It leaves from the Pleney and stops near the Super Morzine cable car. The train then makes a stop in the village centre, before heading to the town hall and the Morzine aquatic centre and ice rink. On the way back, it stops at the cemetery roundabout.
Accessibility
Theme:
Text:
Share :
Travel plan