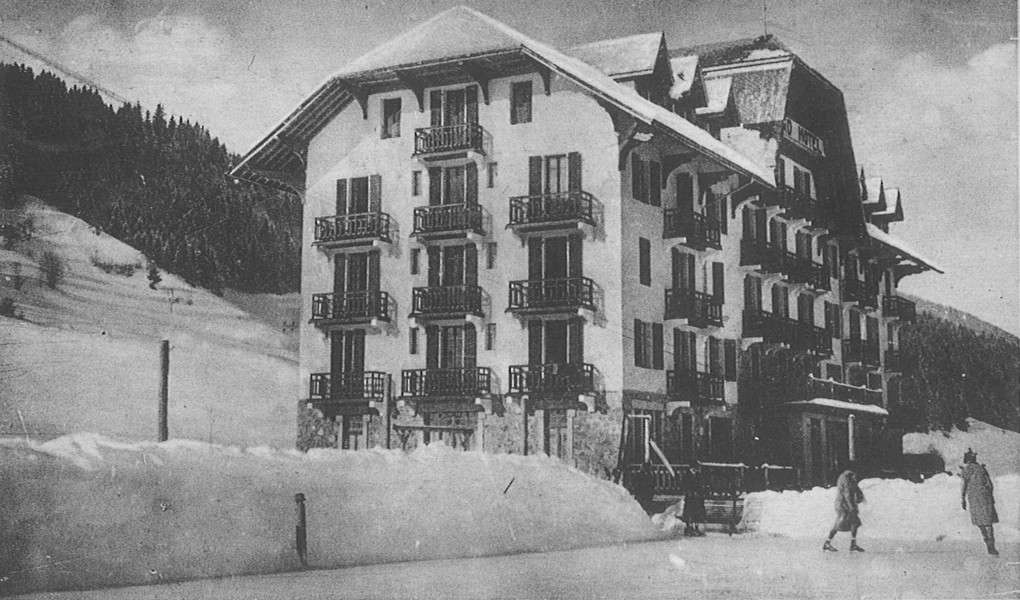 The “Grand Hôtel” was built in the 1920s and was to become a real stepping stone for the resort with its 4 floors and 70 rooms, located in the middle of a field. Opened in 1925, it quickly became a very fashionable establishment visited by a select clientele, including many celebrities, even before the construction of the first ski lift (Pleney in 1934: Lien vers article sur “Pleney”).
In 1965, the “Grand Hôtel” came into the ownership of the Caisse d’Allocations Familiale of the Sarthe region, and was renamed the “Hauturière”.