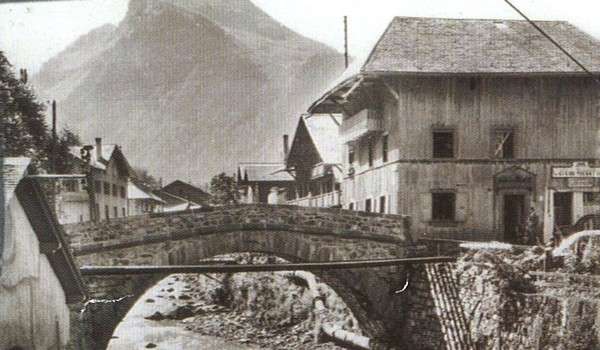 In the past this wooden bridge, used for crossing the river Dranse, was the main crossing.
Along it was another bridge covered by a wooden structure, where the market would take place. Due to frequent floods sweeping away the bridge, a decision was taken in the 1720s to replace it with a more solid stone bridge. In 1725, whilst in the process of being built, it was yet again destroyed by a flood and the construction would only be completed in 1729.
The market hall bridge became obsolete and was taken apart in 1957.
Source: Histoire et Patrimoine Association, Morzine
Heritage Tour every Thursday at 10am during high season
Check out all the other spots